The musings of a follower of the Messiah.
7 Comments 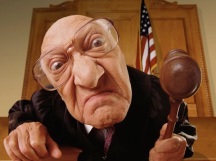 Is this how Christians are viewed? Should we be?

It is finally time to begin looking at the change in my theology due to an increasingly Christ-centered view of Scripture. I’ll start with one of the first things God started working on in me, but one of the toughest to really defeat: Judgmentalism. The Evangelical environment in which I grew up seemed to think that this was crucial to being a faithful follower of Christ. It seemed as though being appropriately condemning of immoral behavior (at least what we defined as immoral) was required to prove your faith was real. It was as if we were all afraid that to not belittle and judge others who didn’t meet our standards was to admit we were not committed to faith ourselves. One might reasonably wonder whether we really knew the Bible, but we sure thought we did. We even read this famous passage:

1 “Do not judge so that you will not be judged. 2 For by the standard you judge you will be judged, and the measure you use will be the measure you receive. 3 Why do you see the speck in your brother’s eye, but fail to see the beam of wood in your own? 4 Or how can you say to your brother, ‘Let me remove the speck from your eye,’ while there is a beam in your own? 5 You hypocrite! First remove the beam from your own eye, and then you can see clearly to remove the speck from your brother’s eye. 6 Do not give what is holy to dogs or throw your pearls before pigs; otherwise they will trample them under their feet and turn around and tear you to pieces. (Matthew 7.1-6)

Somehow, we still felt it necessary to judge those who swore, or women who dressed to provocatively, or people who had sex before marriage, or had tattoos, or … You get the idea. I remember God beginning to make me think through my dad. I mentioned to him at some point how disappointing (a helpful word that makes judging someone seem less “judgmental”) it was that one of the men in our church would walk outside the front door of the church to smoke on a Sunday morning. My dad opened my eyes to a more Christ-like attitude by saying something along the lines of “You don’t know what else God may be working on in his life. There may be something more important to God that we don’t know about and can’t see.” This made me pause. Could I trust God that He was working in this man’s life, even if I could still see “sin” in other areas?

Lately, I’ve been challenged in this area a lot by Bruxy Cavey, and what he refers to as the “plank-eye process” (which must be pronounced with a long o in process, since he’s Canadian).  When I truly am willing to acknowledge the areas in my own life where I know better, and yet still struggle, I can come alongside of someone else as a fellow traveler, trying to follow our Lord. Instead of judging them from my perceived perfection, I can admit that I struggle too, and ask for them to help me even as I try to help them.

Other verses that have helped me in this journey:

If Jesus Himself says that He didn’t come to judge the world, why do so many of us get caught up in judging the world? Jesus clearly states that there will be a time for that judgement, but that it is at the last day, not today. In fact, we find that Christ says that He will be the judge then (see Matthew 25.31-33 and following, for example), but for now, that was not His role. Lest we delude ourselves by saying that this was only intended before the resurrection, but that now it is the role of the Church, Paul states that this is not our job either!

12 For what do I have to do with judging those outside? Are you not to judge those inside? 13 But God will judge those outside. Remove the evil person from among you. (1 Corinthians 5.12-13)

I suspect that what has happened to us here is that we have bought into the lie made necessary by the “Constantinian Shift” when the Church went from a persecuted minority to the official religion. I fear that much of the message of Christ was thrown aside because it did not lend itself to being in power, but there is plenty there to unpack in future days. For today, let me simply say that judging others, particularly outside of the family of Christ, is prohibited by Scripture.